As Memorial Day approaches, here is a post for the United States senators, including one from our state, who recently voted against funding for veteran’s benefits.

The men of the Delta stepped up when the call for service went out after the attack on Pearl Harbor. They entered all branches of the service, Army, Navy, Marines, Coast Guard, and the Army Air Corps. All were dangerous in their own way but there is something particularly terrifying about the latter.

A special breed of man volunteered as a ball turret gunner on a B17 Flying Fortress. He would be a small man, not as large as the proud crewman pictured below who is an unknown person from family photos. The plane carried a crew of ten and the crew was first required to fly 25 missions. As the war wore on, this figure was raised to 30, then to 35, an escalation forming the basis for Joseph Heller’s classic book Catch-22. In reality, the average crew could expect to fly 8 to 12 missions before being shot down or disabled.

Some fortunate ones, such as a friend of mine—now gone—survived the greatest ordeal. As the captain of a Flying Fortress, he bailed out of his plane, last, as it hurtled toward the ground. In his 21st year, he “walked out” of Germany. More than 50 years later, he wouldn’t tell exactly how he did it.

The ball turret was the glass-enclosed bubble descending from underneath the plane’s undercarriage. It was so cramped that, even though they selected small men for the job, it was impossible to operate within it while wearing a parachute. Some survived the war, but few intact.

The courage of these crews tests our ability to comprehend. These were 18-year old crew members led by 21-year old officers. Only one in five was expected to survive physically intact. After that war, America didn’t forget its veterans. The result of the GI Bill’s college program helped create one the greatest economic booms of our country’s history and the VA hospitals provided care for millions of veterans. The housing program provided homes for millions.

We can only hope this appreciation continues for the brave men and women returning from service today. The news doesn’t paint a favorable picture. 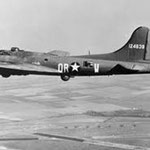 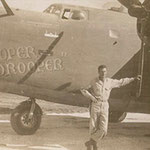