If you wander around long enough in the Arkansas Delta, you can find the small town of Dyess in Mississippi County. It began as the Dyess Resettlement Colony in the midst of the Great Depression. Its purpose was to offer hope and sustenance to farmers that had been particularly hurt by the hard times.

At that moment in history, President Franklin D. Roosevelt had an idea that would bring relief and independence to tenant farmers. Through the Federal Emergency Relief Administration, the federal government purchased some 16,000 acres of land. With $3Million in federal funds, eligible (white) farmers were provided 20 to 40 acres of land, a mule, a mule, a cow, and a year’s supply of groceries to last until the harvesting of the first crop.

Today, Dyess is an incorporated community of 402, according to the latest estimates.  The town center enjoys the results of careful renovation and the community looks forward to becoming a tourist destination.

Though worthy of a visit simply because of its history of a great attempt to help the “least of those among us,” Dyess boasts additional claims to fame. Eleanor Roosevelt visited there once, as have a number of famous personages. The most famousperson associated with the community though, was Johnny Cash, the immortal entertainer and Arkansas native.

Cash, known as “J.R,” while attending school in Dyess, moved to the colony with his family from Kingsland, Arkansas, not far from where my mother and father spent her childhoods. He grew up in one of the five-room houses before leaving for the United States Air Force and, ultimately, a Hall of Fame (Songwriters, Country Music, Rock and Roll) career in the entertainment world. Today, he is considered a national icon. He visited the community often with his wife, June Carter Cash, and no doubt her famous mother Maybelle Carter, before his death in 2003.

Cash’s boyhood home has been lovingly and meticulously restored and will be open to the public in August of this year. It will then become, along with the rest of the community of Dyess, a “must” stop on the many wonderful roads of our state.

Leaving Dyess last week during a wandering tour, I couldn’t help thinking about the history of our great country. If my father were alive today, I’m not sure where his politics would lie. He was a complicated man, as were so many who survived the hope-testing poverty of the Great Depression. I do know he died believing that Franklin Delano Roosevelt was a demigod because of his efforts in elevating the downtrodden.

It was a time when the leaders of our country believed in doing such things. The Dyess Resettlement Colony is living proof of that. 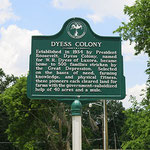 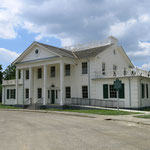 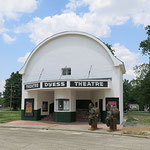 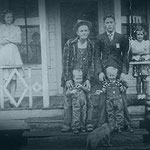 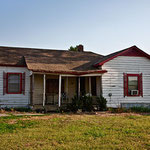 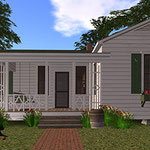