Small treasures that surprise and delight us are a marvelous treat, and our state is full of them. We found one, two friends and I, this week when we wandered into the Delta river town of St. Charles, Arkansas and visited that community’s museum. What a joy.

Big grandiose destinations are fine, I suppose, but they don’t bespeak the love of a facility put together by the adoring hands of local folks. And we met two of those. The curator, Naomi Mitchell met us at the door and she and Mayor Robert Patrick led us on a tour.

Sonny Rhodes—journalist, teacher, author, and dreamer—and William A. “Dubs” Byers—mayor, educator, Baptist preacher, and bon vivant—were with me. (Yes, I know a preacher, a couple of them in fact and they both tolerate me.)

But back to the museum: these three “Wandering Dudes” were instantly captivated. The museum has a number of rooms, each themed to a particular specialty including one called the “Hundred Year” room, for everything in it is over a hundred years old. The displays include a diorama of the city during the Battle of St. Charles. At that battle, a shot from a shore gun penetrated the gun port of a Federal gunboat and caused an explosion that resulted in the death of nearly 140 men.

It resulted in the most deaths caused by a single shot in the Civil War. The town center is marked by a monument to the event.

Many of the museum’s displays center on the White River and the shelling industry that dominated when buttons were made from the shells of fresh water mussels. With the advent of plastic, this source of livelihood disappeared. So did the houseboats that once lined the White River, their inhabitants displaced by government decree. Perhaps the most famous of these was a local woman named Helen Spence. I’ll save her story for another day.

In a corner of the museum, material from the town’s old barber shop had been rescued to create a scene picturing an iconic image of early America. Likewise, a replica of an old country general store filled a portion of another room.

One room featured the work of a local taxidermist of great skill, along with some valuable wildlife paintings donated by a nationally recognized artist.

Then there was a display dedicated to Rear Admiral Corydon McAlmont Wassell, a famous son of St. Charles. According to the Encyclopedia of Arkansas, he “ …was one of the first national heroes of World War II. His service for the United States in early 1942 earned him the Navy Cross and praise from President Franklin D. Roosevelt, and his story inspired a movie starring Gary Cooper.”

There was also a space reserved for honoring other military veterans from St. Charles who served, or died in the service of, our country.

Sadly, we had to continue our wanderings. One can only regret that every community doesn’t have residents such as Naomi Mitchell. She may not have money to bestow on her community, so she makes up for it in love and dedication. As for Mayor Patrick, he could have lived anywhere after a long career in the corporate world. How lucky we are that he chose to return to his roots.

So, if you grow weary of what Jimmy Buffett once called “glitter rock and roll” and want to experience a treasure formed of pure affection, St. Charles is worth the trip, definitely worth the trip. 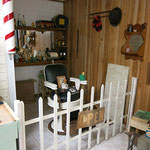 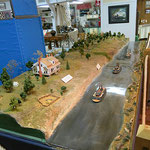 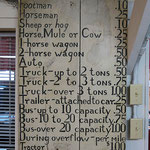 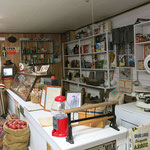 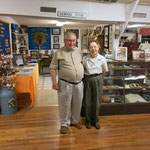 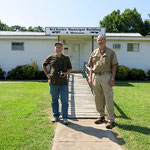